The Matterhorn is one of the highest peaks in the alps and Europe, summiting at 4.478 metres. Situated between Italy and Switzerland the mountain functions as both a practical and official borderline, featuring the Theodul pass, which have been used as a trade route since the roman era.

Matterhorn remained unclimbed after most of the other great Alpine peaks had been attained and became the subject of an international competition for the summit. In 1865 the first attend was finally made from the nearby Schwiss town of Zermatt – however, the north face and west face weren’t fully climbed until 1962 due to the sheer difficulty and danger. Thus, with more than 500 alpinists dead on the mountain since the first climb, the Matterhorn has come to be renowned as one of the deadlist peaks in the world.

With a raw aquamarine faceted in gold this ring is created as a symbol of the sheer force and majesty of the unrefined nature of the alps – resembling the deadly peak of the famous Matterhorn mountain. 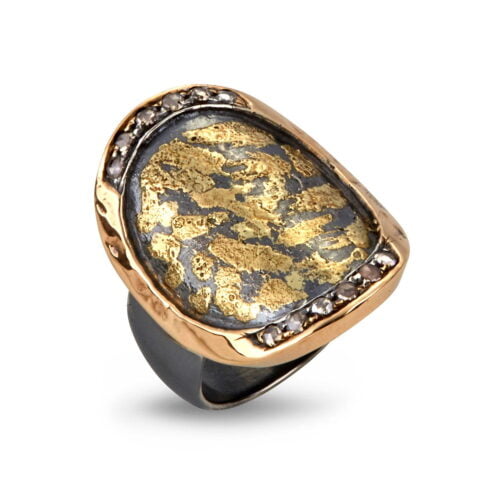 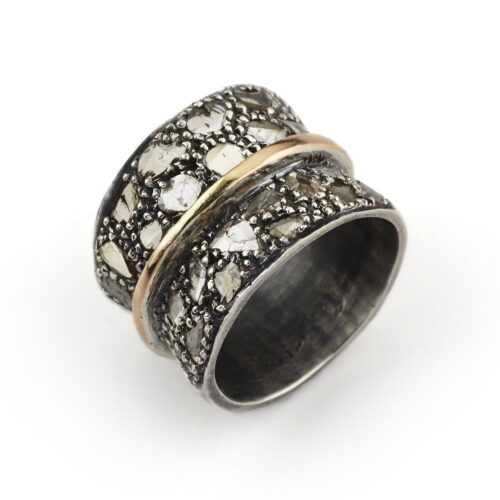 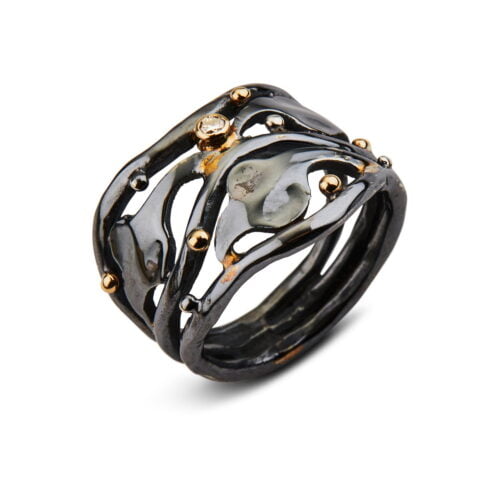 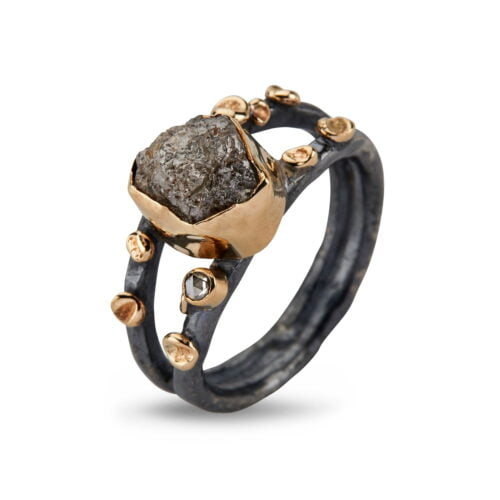 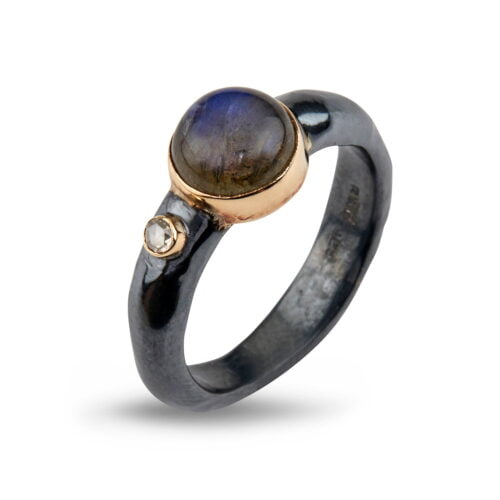 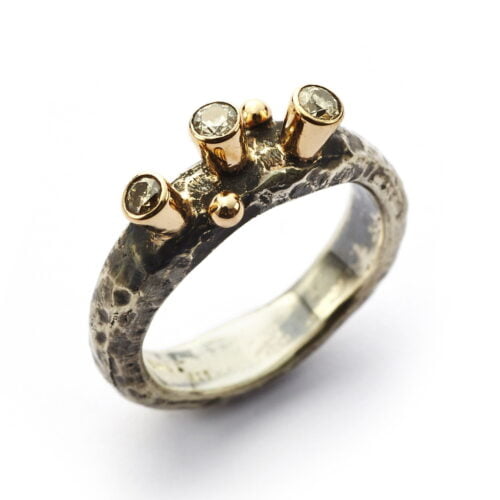 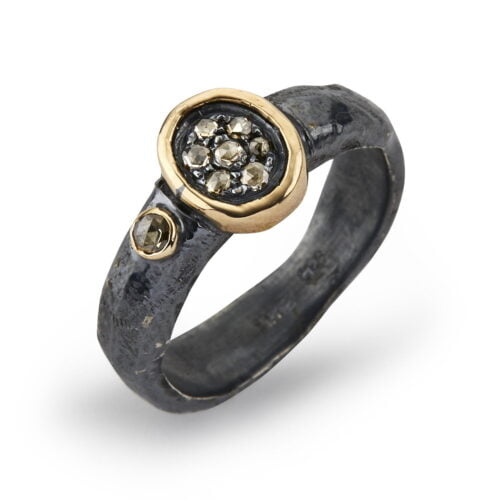